From Pius XI to Francis: Catholic-Jewish Relations Under Seven Popes

[Ed. The following statements are taken from the website of Kenrick-Glennon Seminary. The video below was published on Jan. 4, 2014.] 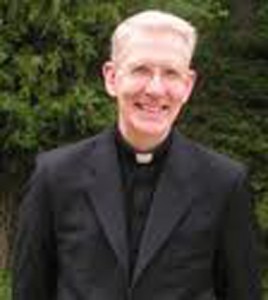 Fr. Dennis McManus, a priest of the Archdiocese of Mobile, AL, serves as Consultant for Jewish Affairs for the U.S. Conference of Catholic Bishops. He is the Director of the newly founded Jan Karski Institute for Holocaust and Genocide Studies at Georgetown University, where he has taught since 1997. Fr. McManus’ research interests lie in two fields: the relationship of Jews with early Christians and the meaning of Judaism in Roman Catholic liturgy. Fr. McManus recently published “Benedict XVI, the Jews and the Liturgy.”

“Too often, Catholic-Jewish relations are analyzed on a crisis-by-crisis basis, leaving no room to develop a long term perspective. Since the rise of Nazi power in the early 1930s, seven Popes have been called upon to interact with the world’s Jews and each has helped to change the course of Catholic-Jewish relations. This year’s Kenrick Lecture will examine the historical decisions of these papacies that have completely re-shaped the way in which Catholic ex-pression, liturgy and leadership now relate to Jews.”